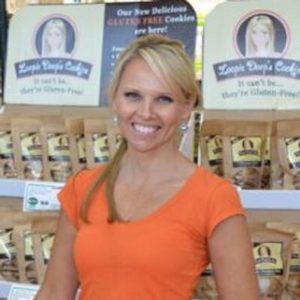 We had the opportunity to have the founder of Twin Cities Lyme Foundation and social platform   “My Girlfriendships” Lisa Najarian on the UCW Radio Show. The social platform brings women together globally virtually and in real life, giving them the opportunity to create lasting memories. The Twin Cities Lyme Foundation is a work of passion for her as it gives her the opportunity to save someone the pain that she had to endure without knowing whats wrong, its about bringing awareness as well as helping people through guidance to get the help that they need.

“Lisa Najarian is a good soul, she is known as the Caretaker, I referred to her as such because she is the anchor of her family, of her foundation and of many other projects. What she is doing for others is amazing, she’s not just a spokesperson she gets her hands dirty and that is what makes it incredible. She’s touching so many lives and I’m proud of what she’s done and is about to do as an author, more over I’m proud to call her my friend and part of my family. Just an outright good hearted person making a difference.” – Louis Velazquez 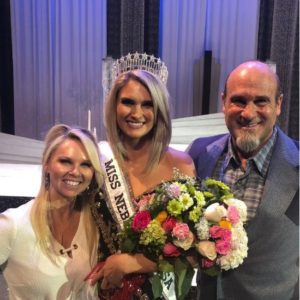 Sixteen years and several misdiagnoses later, in 2015, Lisa Najarian was diagnosed with Lyme disease. Over the course of those years, she suffered greatly with symptoms that were a complete mystery to her. “I felt like such an oddball in so many situations! One day I would feel good and the next day I would be wiped out. I felt as though most everyone thought I was crazy or lying about my health,” she expresses. “I have almost completely lost my hearing in my left ear and my right ear’s hearing loss varies from day to day. I now know I have over 60 symptoms of Lyme disease. It is a horrible disease and one NO ONE should ever have to endure!” Lisa, a California native, has lived her adult life in the top three most prevalent Lyme infested regions in the nation. She believes, as an avid gardener, she was bitten while living in Illinois, however, does not remember seeing a target rash.

After 14 years in Illinois, she moved with her husband and two children to Connecticut, the mecca for Lyme disease. There, she became aware of Lyme, and strongly suspected a correlation between her multiple symptoms and the tick-borne disease. Her move to Minnesota in 2014 brought hope and a positive diagnosis. “I am passionate to create the same awareness here in the Midwest that there is on the East Coast. Too many people are unaware and so many need to be helped.” Lisa received a BA in education at California State University, Chico and earned her Masters Degree in Education from National University. She, her husband and children reside in the Twin Cities area.